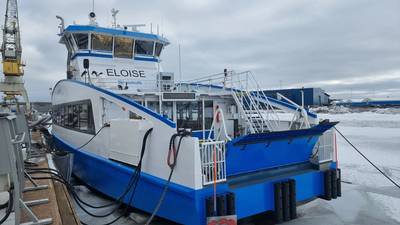 Built by Työvene in Finland, the Eloise is a 33-meter, double-ended commuter ferry designed to carry up to 298 passengers and 80 bicycles at speeds of up to 11 knots.

The EST-Floattech installation is based on the Green Orca 1050 High Energy Battery System (or ESS: Energy Storage System). 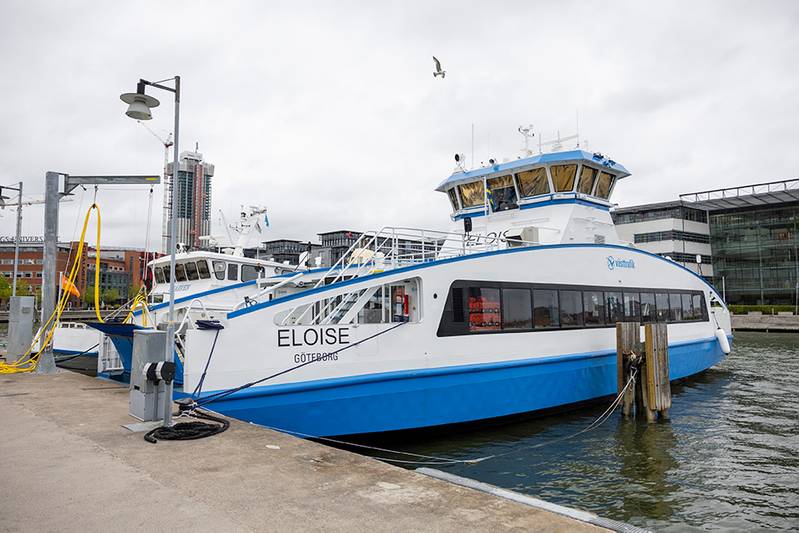 Juha Granqvist, CEO of the shipbuilder Uudenkaupungin Työvene Oy, said: “We are all proud to have been able to contribute to a greener Gothenburg.”

Antti Vikainen, project manager at Uudenkaupungin Työvene OY and overseeing the construction, added: ”We are happy to have partnered with EST-Floattech as a supplier of one of the key components for Eloise. The support we received in addition to the delivery and commissioning of the battery system proved valuable, particularly when determining the safety requirements for the battery installation. The vessel itself is already a proven design that has evolved from a diesel-electric powered ferry into a battery hybrid that is able to operate almost exclusively on stored electric power for its designed application.” 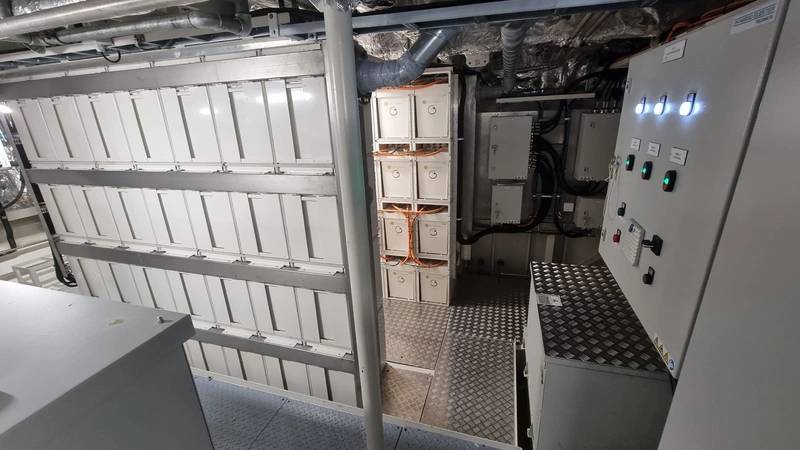 Battery Room - Credit: Est-Floattech According to the press release issued on Tuesday, the battery capacity of the Eloise ferry is 25% higher than that of its sister ship the Elvy, which was delivered in 2019. With an installed capacity of 1260 kWh, the Eloise is capable of six hours of continuous electric operation. Recharging takes place using either shore power or the onboard diesel generator.

Shipbuilder Työvene specializes in the design and building of small and medium-sized vessels for commercial operations. The delivery of the Eloise to Västtrafik represents a significant step in the latter’s goal of having Gothenburg’s public transportation system fully electrified by 2030.

Over 200 EST-Floattech energy storage solutions are in operation in a wide range of maritime applications, with some of the workboats sailing today on the same battery pack originally installed a decade ago.