A pair of Schottel RudderPropellers type SRP 710 have left the German production site in Wismar and are on their way to the Turkish shipyard Med Marine for installation in a new tug.

The salvage tug, which has been ordered by Kenya Ports Authority (KPA) will be equipped with main and auxiliary propulsion systems from Schottel . By this, the vessel will achieve an expected bollard pull of more than 120 tons. The Robert Allan RAstar 4200 (MED-A42120) design vessel is considered the largest tugboat on the East African Coast of the Indian Ocean.

The new vessel will be driven by two Schottel RudderPropellers type SRP 710 with an input power of 3,700 kW each at an input speed of 1,000 rpm. The SRPs feature propellers measuring 3.4m in diameter, and one hydraulically-driven Schottel Transverse Thruster type STT 170 (250 kW) will ensure maximum maneuverability.

The SRP 710 is one of the larger rudder propellers in the Schottel portfolio. Measuring 42 x 16m, the salvage tug is equipped with extensive towing facilities, extinguishing monitors for firefighting, external bilge systems for leak detection, workshops, ship cranes and dinghies. 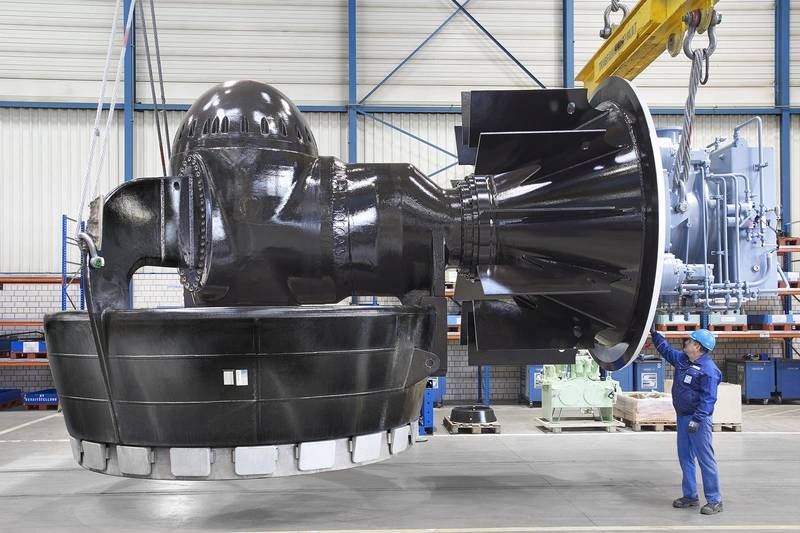