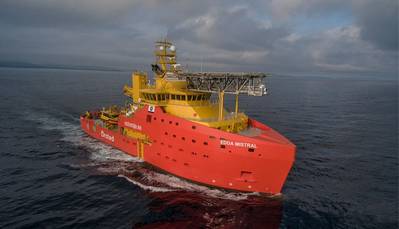 Due to economic necessity, commercial ship operators have become increasingly focused on finding cost-optimized solutions to operate their vessels. In turn, power solutions providers like Rolls-Royce have been dedicated to finding ways to deliver the right technologies that will meet an operator’s specific requirements.

In recent years, interest in variable speed units as a driver of certain commercial vessels has gained interest. Variable speed technology allows the speed of an engine to be regulated and adjusted according to the electrical load that is connected, which makes it more economical to run.

Compared to traditional, constant speed units, variable units can offer several advantages, such as up to 15% reduction in fuel consumption, up to 20% increase in time between overhauls, lower noise emissions and increased power density with less installation space.

Variable speed units are particularly useful in operating modes with a high percentage of low loads – such as when an offshore supply vessel (OSV) is in a standby phase. 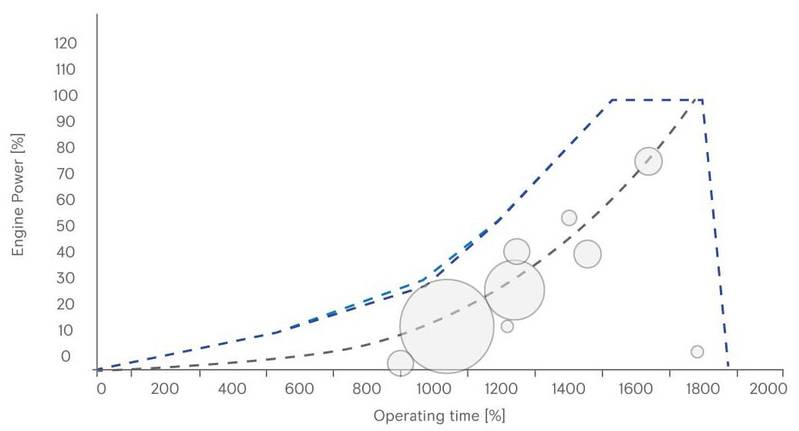 To achieve these benefits, the frequency typically is adjusted in two steps via converters. First from AC (alternating current) to DC (direct current) and in a second step back to AC via an inverter. The single line diagram in Figure 3 shows one example.

Using the example of a wind-platform supply ship that has recently been in operation with a variable speed unit, we can give a glimpse of the advantages.

On a typical platform supply ship, four units with a capacity of approximately 2,100 kW each are used to power the vessel. An arrangement of the units with their electrical components is shown in Figure 3. 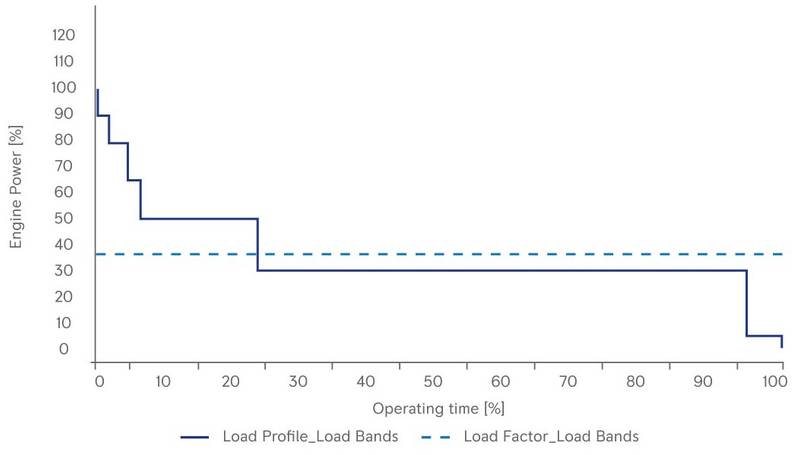 The high performance that this arrangement can offer is necessary due to redundancy requirements and comes in handy in cases of bad weather – but is not needed for a majority of a ship’s operation time. Having this arrangement in place during typical use for diesel engines results in high proportions of low load phases that result in an average genset utilization of only about 35%. This is due to the ship being in a waiting position for extended periods while on-site and having to hold its position.

Figure 1 illustrates this. The time proportion is represented by the size of the circles. These load shares are further clarified by Figure 2.

To see the fuel savings that are possible with a variable speed unit, the following evaluation shows the results of the supply ship operating in the North Sea, powered by four MTU engines of type 16V 4000 M63L (variable speed) from which loads of <25% were driven approximately 80% of the time.

These operating points are associated with high specific fuel consumption for constant speed-operated units. This is where the decisive advantage of a variable speed unit comes into play: namely the fuel economy. In the present case, this amounts to about 15%, which roughly equals $280,000 per year or, with a term of 20 years, a total savings of about $4.5 million.

Figure 4 illustrates the percentage savings in specific fuel consumption between a variable speed and a constant speed diesel engine. 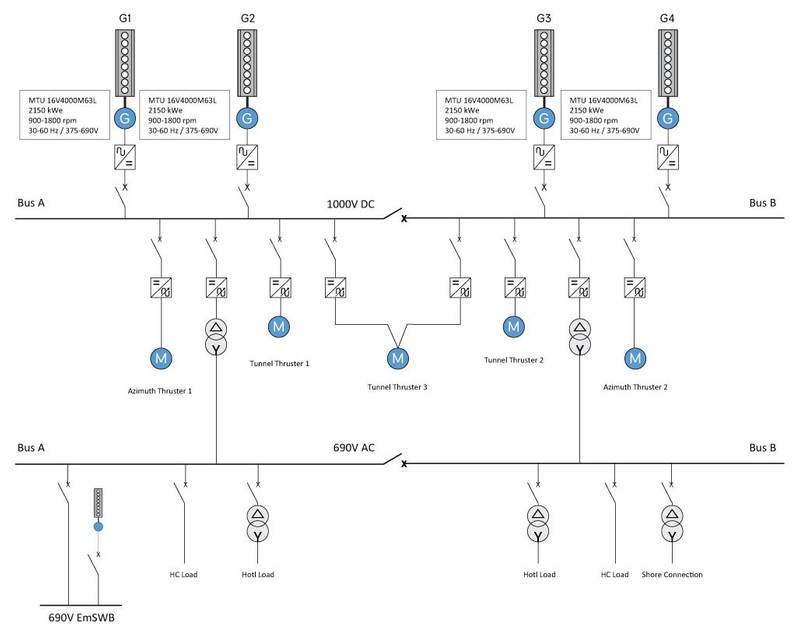 Comparison of fuel consumption between a variable speed and constant speed engine
The aspect of fuel economy is a vital part of the lifecycle cost (LCC) of such a ship, as Figure 5 illustrates.

In addition to the diesel engine and the generator, the electrical power conversion through various electrical components such as converters must be considered. Examination of another evaluation case has shown that efficiency advantages of up to 5% are possible with the generator at partial load.

Extended TBO
Another advantage of variable speed units is that the reduced speed enables the maintenance / time between overhauls (TBO) to be extended by approximately 20%, which results in lower costs. However, it must be noted that this contrasts with additional costs for the electrical components and increased programming effort of approximately 15% for the variable speed units. 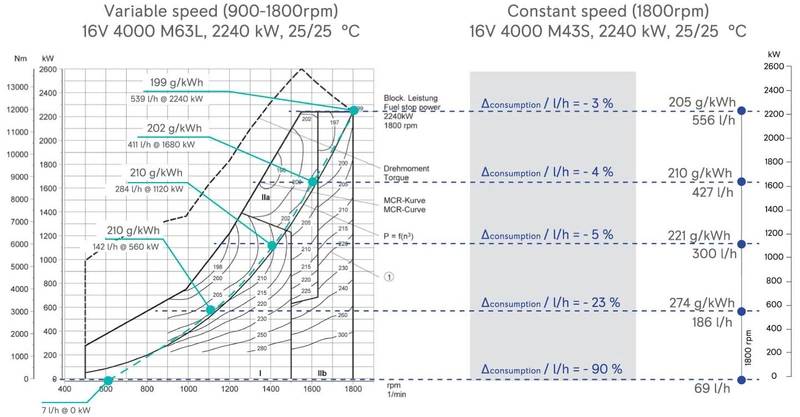 Quieter operation
An additional benefit of a variable speed unit that is especially noticeable is the reduction of sound emissions. This plays an important role, especially in terms of comfort, as operating personnel on these ships is often exposed to noise and vibration emissions over very long periods.

Comparison of surface noise (sound pressure level) at a power of 500 kW (about 20% load):

At first glance, the difference of 6 dB does not seem to be very significant. However, + 6dB means twice the measured sound pressure. And when considering that humans perceive an increase of 6-10 dB as being nearly twice as loud, this value shows in a very impressive way the advantages of a variable speed unit. 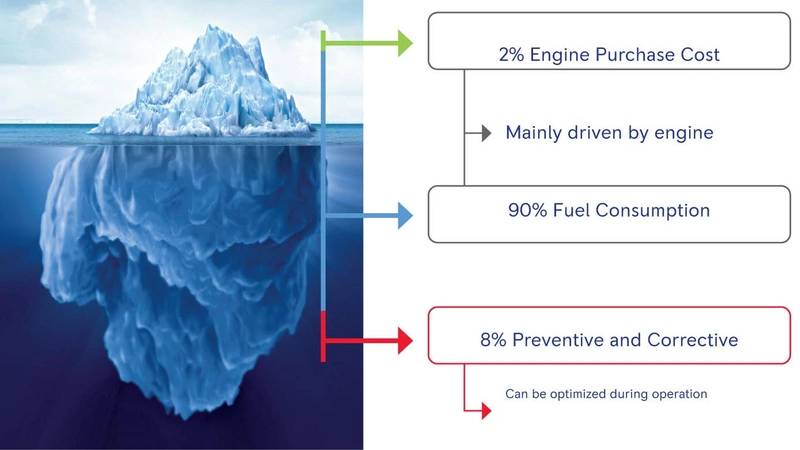 Figure 5: Average distribution of the operating costs compared to the investment costs for the engine

Flexibility
Overall, ship operators are looking for a flexible system with advanced technology that gives them the means to operate as efficiently as possible. With its variable speed MTU gensets, Rolls-Royce is able to create customized driving curves according to specific customer requirements through simulation testing.

This process takes into account various factors for each customer, including extreme operating conditions for vessels, as well as fuel savings and any specific safety needs.

Figure 6 shows the load step simulation from a defined low load operating point (1) to the operating point (3). A load reserve (safety margin) of 250 kWe has been taken into account which is a typical value for high power consumers on such vessels.

The ramp-up time of only 11 seconds in total impressively demonstrates how dynamically the MTU Series 4000 Genset can handle electrical loads. The values were confirmed both during factory acceptance tests and in real operation.

For all ships with a low average load and a high number of operating hours, the use of variable speed units can be recommended as very economical for the operator and beneficial for operating personnel. 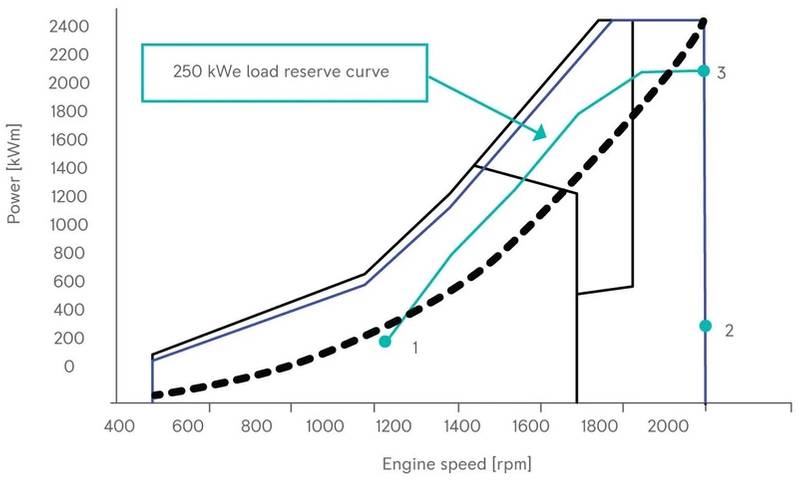 The Authors
Joerg Habermaas and Jochen Thurner are Application Engineers for Commercial Marine & Offshore at MTU.