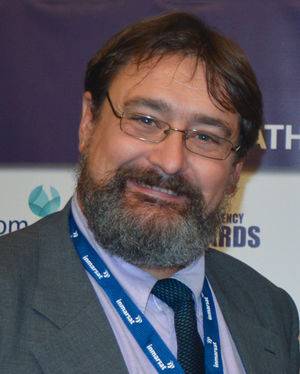 Thordon Bearings has joined a growing number of organizations to have signed up as a full associate member of the International Windship Association (IWSA), the organization established to facilitate and promote the economic and environmental advantages of wind propulsion across the shipping industry.

IWSA now has a membership base of over 40 companies and organizations that includes shipowners, naval architects, research institutes, environmental groups and original equipment manufacturers.

Thordon Bearings’ President and CEO, Terry McGowan, said: “While Thordon Bearings is associated with environmentally safe seawater lubricated bearings for conventionally shafted drive trains, we see the renewed interest in wind propulsion as another commercially-viable approach to ocean sustainability. We have therefore joined IWSA in support of its commitment to reducing shipping’s environmental footprint.”

IWSA Secretary, Gavin Allwright, said: “We share Thordon’s drive to bring technology solutions to the industry that make both environmental and commercial sense.

“As an association it is our stated goal to work with companies and groups that have this at the heart of their business model. Thordon Bearings’ seawater lubrication systems are a natural choice for any ultra-low emissions vessel, totally eliminating oil emissions to water, while wind propulsion reduces emissions to air. We look forward to working with Thordon to continue to bring that message to the industry – what works for the planet, works for your bottom line.”

Technological advancement is now such that sail ships are considered a credible ‘green’ alternative to conventional modes of propulsion. Indeed, IWSA members have suggested that wind powered ships can reduce the cost of ship operation by as much as 50% on some particularly windy routes.

The use of wind propulsion in modern commercial shipping covers a wide spectrum and includes wind-assisted motor vessels, where auxiliary propulsion is provided by wind, to pure wind ships and hybrid sails ships, where primary propulsion is from the wind, augmented by engines to ensure schedules are maintained.