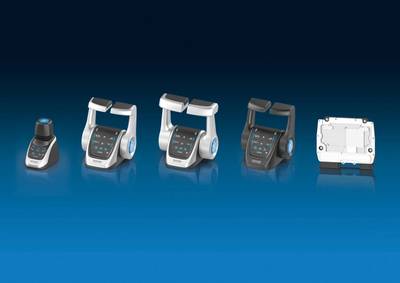 With TotalCommand, introduced at the 2021 Cannes International Boat Show, ZF brings a new marine control system to market for a wide range of recreational and professional vessels.

With an Italian design aimed at maximizing user-friendliness, it is designed to allow the captain to control the vessel’s main propulsion system precisely, efficiently.

“At ZF, we have spent great effort to make TotalCommand the one-fits-all manoeuvring solution for a variety of professional and recreational vessels,” said Federico Decio, Managing Director ZF Padova S.r.l, Head of Product Line Pleasure Craft. This approach not only includes its modular layout that allows adding up to six control stations and up to six drivelines, but also extends to its overall style by famed Italian designers Giorgetto and Fabrizio Giugiaro, which lets TotalCommand neatly blend into the most elegant of cockpits.

TotalCommand starts with its “one button, one function” approach to operation, then continues to its modular layout, which allows up to six control heads and options like joystick maneuvering system JMS, the automatic positioning system iAnchor or the drift speed and heading control iDrift – to be integrated into the console. All system parameters can be configured from the bridge, including the option to automatically maintain the same speed on multiple engines, improving operating efficiency, fuel economy, noise, and vibration, with all engines and transmissions coming under the control of one lever. Additionally, TotalCommand provides detailed telematics data regarding temperature, pressure, and output speed, giving the captain an extensive overview of the propulsion system's health.

For manufacturers and designers, ZF has implemented a plug-and-play architecture. With fewer harnesses and the option for a transmission-mounted processor, installation time is reduced considerably. TotalCommand is future-proofed by being Wi-Fi ready – allowing electronic manuals, diagnostic and maintenance data available via smartphone. As it is standard for ZF’s marine technology, the system is rigorously tested to the highest industry standards and developed according to rules of classification societies such as AMSA, Maritime NZ, ABS, DNV, Lloyds, USCG, ABYC and more.

Cox Marine, a British manufacturer of high-powered diesel outboard engines for the global marine industry, announced it has…

Steerprop to Deliver Azimuth Propulsors for Series of RAmparts Tugs