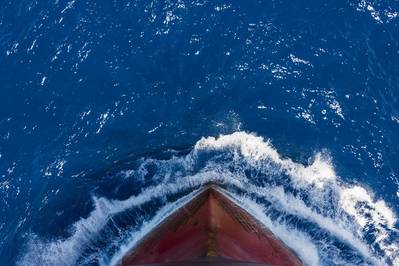 Global commodities trader Trafigura and Norway's Yara said on Monday they had signed a memorandum of understanding (MoU) aiming to supply the marine industry with carbon emissions-free ammonia for fuel.

Yara will supply Trafigura with clean ammonia and together the two firms will jointly conduct research and develop marine fuel infrastructure and market opportunities for both "green" and "blue" ammonia, they said.

Ammonia, a hydrogen-carrying chemical used as a fertilizer but also in other applications such as explosives, is one of several candidates to become the shipping industry's preferred zero-carbon shipping fuel.

While "pure" hydrogen could be a good fit as fuel for short-distance vessels such as ferries, ammonia is seen as the best alternative for long-distance shipping as it stores more energy per volume unit and is easier to handle, Magnus Krogh Ankarstrand, head of Yara's Clean Ammonia unit, told Reuters.

"When it comes to long-distance shipping, I would go as far as saying that in the market, there is consensus that ammonia right now is the best alternative," he said.

Ammonia is deemed green when produced from renewable electricity or blue when made with fossil fuel and a subsequent carbon capture and storage process (CCS).

"There is a growing consensus that hydrogen-based fuels will ultimately be the shipping fuels of the future, but clear and comprehensive regulation is essential," said Jose Maria Larocca, Trafigura executive director and co-head of oil trading.

Trafigura is co-sponsoring a project by German engine maker Man Energy Solutions to develop an ammonia-fueled engine for vessels, expected to be commercially available for ocean-going ships by 2024.

"By say 2024-25, given what we know now, we can see newbuilt vessels being fitted with engines that need ammonia as a fuel," Yara's Krogh Ankarstrand said.

The Path to Net Zero: Ammonia as Marine Fuel Study gets $6.7m Grant

A group of academic and industrial partners were awarded a $6.7 million grant by the Engineering and Physical Sciences Research…