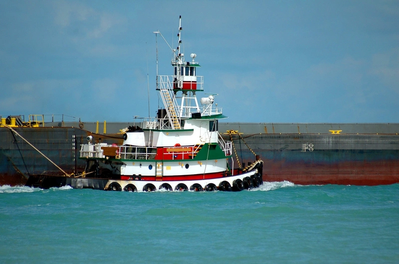 Clean diesel technology upgrades for large tug and switcher locomotive engines cost only $4,379 to $15,201 per ton of nitrogen oxides (NOx), compared to more than $30,000 per ton of NOx for many other diesel emission reduction projects.

The Diesel Technology Forum (DTF) and the Environmental Defense Fund (EDF) has released a report documenting the significant emission reduction benefits that can be gained by replacing older engines in tug boats and switcher locomotives with the latest clean diesel models. Funds from Volkswagen’s (VW) $2.9 billion environmental trust, established to mitigate for the excess emissions resulting from defeat devices on 590,000 diesel vehicles, can be used to help pay the cost of repowering these and other old diesel engines.

The joint research estimates that replacing older engines in a typical tug boat with the latest clean diesel model that meets the latest emissions milestones can eliminate on average 14.9 tons of NOx emissions per year. A similar activity for switchers can reduce NOx emissions by 9.0 tons per year.

“The substantial reductions possible with clean diesel replacements offer great news for communities near ports and rail yards. These areas are often among those most vulnerable to smog-forming compounds like NOx, so residents there stand to reap the greatest benefits,” said Allen Schaeffer, DTF Executive Director. “While engine replacement projects are costly, the return on the investment on a dollar-per-ton of emissions reduced makes these projects a compelling choice. States looking to maximize cost-effective investments to reduce NOx emissions should prioritize clean diesel upgrades for tug and switcher engines.”

Starting in 2015, new clean diesel engines used in marine applications and switcher locomotives in the United States were required to meet Tier 4 emissions standards. Relative to previous generations of technology, the latest clean diesel technologies can reduce emissions, including NOx and fine particle emissions (PM2.5), by 88 percent to 95 percent. While the latest clean diesel technologies are ready and available to reduce emissions, the U.S. Environmental Protection Agency estimates that by 2020, unless action is taken, only 5 percent of the switch locomotive and 3 percent of the marine workboat fleets will be powered by these clean technologies.

“Right now, state governments have an opportunity to get more of these clean technologies out in the field to deliver immediate emission reductions for communities near port operations,” said Schaeffer. “The recent settlement with VW established an environmental remediation program that will soon provide $2.9 billion to states for the sole purpose of reducing NOx emissions. Policymakers looking to reduce emissions quickly for communities near ports and rail lines should consider these highly cost-effective clean diesel solutions.”