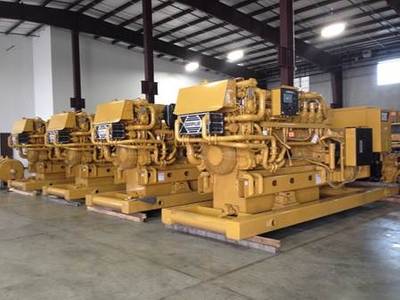 Worldwide Power Products (WPP), a power-generation equipment provider to industrial and petroleum clients worldwide, today announced it is rebuilding Tier I engines to meet Tier II hazardous emissions standards, making them compliant with leading offshore certifications. WPP has already closed deals in Dubai and Singapore for these newly rebuilt engines and is offering them for sale globally.

“ABS, one of the top offshore certification companies, will no longer certify new or rebuilt offshore rigs or vessels operating with Tier I engines,” said WPP VP of Sales and Engineering Dave Vennie. “It is a hardship for most firms to absorb the expense and downtime associated with acquiring a factory-new engine that is rated Tier II or better. WPP’s rebuilt engines come with a Tier II EIAPP certificate and have been certified by ABS, as well. We can deliver them at a lower cost than new engines―and in weeks rather than months.”

These amendments, which stemmed from the International Convention for the Prevention of Pollution from Ships, required new engines to meet Tier II or Tier III beginning in 2010. The USA was one of the countries that ratified the amendments, and the Environmental Protection Agency’s EIAPP certification complies with these standards.

WPP’s program gives vessel and rig operators with Tier 1 engines an affordable path to ABS compliance and equips them with Tier II engines that will meet both ABS and IMO standards for the foreseeable future. “There are many operators around the world whose Tier I engines and generators have essentially become obsolete for marine environments,” said Vennie. “Although WPP is focusing primarily on rebuilding engines that we purchase or own, we will also rebuild customer engines upon request.”