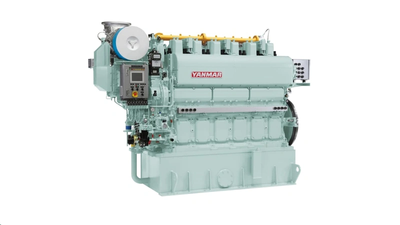 Japan's Yanmar said Thursday it had received an order for dual fuel 6EY22ALDF engines which will be used to power generators on board Mitsui O.S.K. Lines' new LNG-fueled large coal carrier. The coal carrier will be built by Namura Shipbuilding.

"Emission regulations in the marine sector are becoming ever more stringent, with LNG vessels being adopted globally as a means of reducing environmental impact. As this trend has progressed in recent years, dual-fuel engines have attracted ever more attention," Yanmar said.

The company also said it would continue its efforts to reduce marine engines’ environmental impact and develop clean marine powertrains to provide optimal solutions that meet the needs of its customers.