Yara Banks on Ammonia as a Future Shipping Fuel 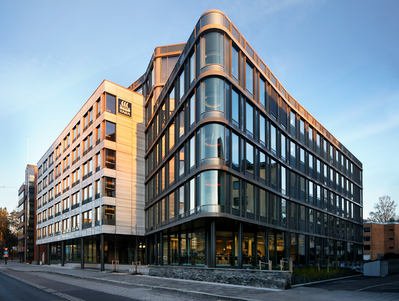 Chemicals group Yara aims to cut all CO2 emissions from its Porsgrunn ammonia plant in Norway to enable it to produce carbon-free fertilizers and shipping fuel, it said on Monday.

Switching the plant’s production process to electricity from fossil fuel by 2026, however, will require co-funding from the Norwegian government, Yara said without elaborating on the cost.

Yara, one of the world’s largest producers of nitrogen fertilizers, is banking on ammonia becoming a preferred zero-carbon shipping fuel along with opportunities in existing fertilizers and industrial applications.

“Ammonia is the most promising hydrogen carrier and zero-carbon shipping fuel, and Yara is the global ammonia champion,” Chief Executive Svein Tore Holsether said in a statement.

The plant in Norway produces 500,000 tonnes of ammonia a year.

Yara also plans to increase its revenue from the global farming industry and add $300 million and $600 million in earnings before interest and tax by 2025.

“We see ... commitments from both the retail side and the food producers when it comes to reducing their emissions,” Holsether told Reuters.

“That impacts our business model as well, because then we are no longer only being paid for the increase in the crops.”

“If the required public co-funding and regulatory framework is in place, the project could be operational in 2026,” it said of its plans for Porsgrunn, one of Norway’s single largest sources of CO2.

So-called green ammonia can be produced using hydrogen from water electrolysis and nitrogen separated from the air in a process powered by renewable electricity, in contrast to the less costly process of making hydrogen from fossil fuels.

Part-owned by the Norwegian state, Yara is initiating discussions with the government to make the project economically feasible, Holsether said.

Producing 500,000 tonnes of green ammonia requires about 5 terawatt hours of electricity, about 3.7% of Norway’s 2018 power consumption, he added.

The Porsgrunn ammonia plant emits about 800,000 tonnes of CO2 annually, equivalent to the emissions from 300,000 passenger cars, Yara said