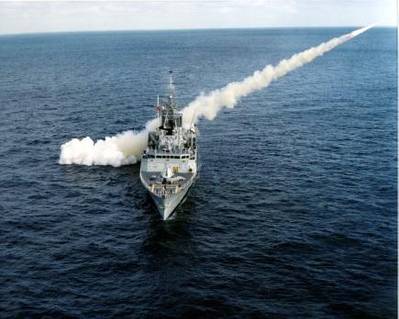 Press release - The Royal Canadian Navy (RCN) is no stranger when it comes to using Thordon COMPAC propeller shaft bearings in its vessels.  Over two decades ago, in May 1992, the RCN (then known as the Canadian Navy) back-fitted its lead frigate, HMCS Halifax, with Thordon COMPAC. The first of 12 new patrol frigates, the RCN selected Halifax as the exemplary ship to set a precedent for her sister ships and represented what the RCN then deemed to be “the most advanced warship in the world”.

At 134m (440’) in length with a beam of 14.9m (48.9’), each of the frigates is capable of speeds of 30 knots plus.  Additionally, the frigates are equipped with twin CP propeller systems from Sulzer Escher Wyss.  Each of the five-bladed propellers incorporates advanced quieting technology, and each propeller shaft runs on a main and intermediate “A” bracket bearing.

The RCN had outlined a strict set of criteria for the frigates to meet, including having a minimal level of break-away torque, a limited coefficient of friction in clean water, and a low acoustic signature.  These two latter requirements, which were not met by the original rubber bearings, triggered the RCN’s need to replace them.

Typically mounted on an “A” strut away from the hull, it is almost impossible to mask noises emanating from squeals or vibration and, therefore, a bearing with a very low coefficient of friction is required.  COMPAC elastomeric polymer shaft bearings, designed mainly for blue water operations, excels in this standard due to its characteristically low coefficient of friction.  Furthermore, COMPAC performs well due to its self-lubricating property.  For these reasons, COMPAC was selected as the bearing of choice for the Halifax’s propeller shafts.

During various testing, sea trials, and sound range runs, data revealed that all rubber bearing related sound and operational problems were eliminated with COMPAC.  Additionally, COMPAC’s coefficient of friction is only ¼ that of rubber, so it is capable of a lower start up, thereby avoiding stick-slip and squealing.   The results were so impressive that RCN identified COMPAC as the material to be installed in 11 of Halifax’s sister ships.
And, to this day, HMCS Halifax is still reaping these benefits.  Interestingly enough, it is doing so on the same COMPAC bearings that were originally installed in the conversion over twenty years ago, as they have not needed to be replaced due to bearing wear.  Likewise, all the other 11 RCN vessel bearings are exhibiting similar wear life patterns to HMCS Halifax.

The bearing wear chart shows the wear measurement on a typical Canadian frigate that was fitted with COMPAC.  Originally installed in 1992, the vessel’s 600.0mm (23.62”) diameter bearing yielded measurements showing a total wear of 2.60mm (0.102”).  The RCN limits the maximum allowable wear on bearings to 4.00mm (0.16”).   If the data is extrapolated to 2015, the COMPAC fitted on this particular vessel is estimated to have worn approximately 2.76mm (0.11”) in a total 23 years of service.

Scott Groves, Marine Business Development Manager at Thordon Bearings, is pleased by these results.    “One of the unique properties of COMPAC is its exceptional wear life.  Bearing wear data has been collected for several ships with shaft diameters over 600.0mm (23.62”) that have been operating with the COMPAC bearing system for more than 10 years, and results indicate that they are expected to last over 20 years."

While the reasons for choosing COMPAC propeller shaft bearings were not driven by its wear life, it is one of the more pronounced and remarkable outcomes of using it.