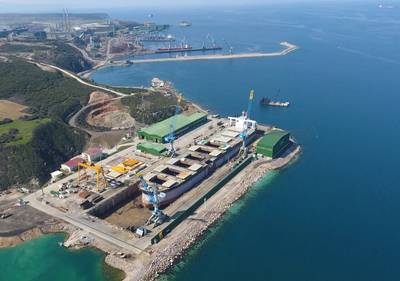 Berg Propulsion secured its first new tug order in Türkiye since the opening of Berg Propulsion Eurasia in April 2022, contracted to provide a range of propulsion and control equipment for a harbor tug to be built at İÇDAŞ Shipyard.

Built to a Robert Allan design, the newbuild RAscal 2000 tug will join the İÇDAŞ fleet to support drydock operations and activities in its surrounding port area of Çanakkale, northwest Türkiye.

For Berg Eurasia, the deal represents not only a first tug propulsion order from İÇDAŞ, but a breakthrough into Türkiye’s significant tug market. Berg Propulsion supplied four MPP controllable pitch propellers to the same shipbuilder between 2012 and 2015, for cargo ships.