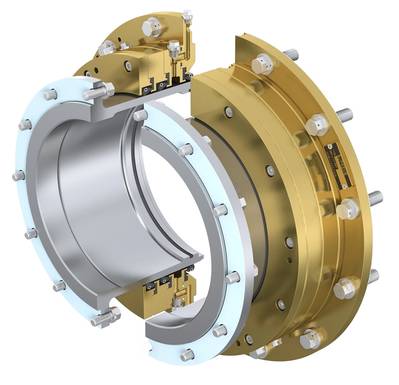 According to the manufacturer, the SUPREME Athmos seal enables ships – with limited draught up to approximately five meters – to prevent oil from being emitted into the environment. A system has been developed to provide a safe and sustainable operation by capturing every possible drop of oil. Water is prevented from entering the system by collecting any leakages from the seal into a drain tank. Once full, this tank is automatically drained into the vessel’s general waste oil tank.

The SUPREME Athmos seal also incorporates a condition-monitoring function. IHC Sealing Solutions explained, in the unlikely event of the system failing, it switches to the normal sealing mode, the drain tank captures the little oil that the seal uses and the tank indicates when it should be emptied.