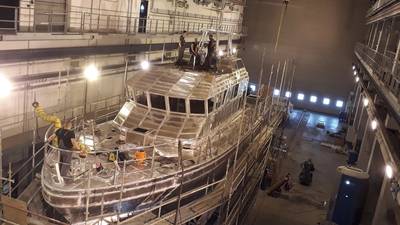 MAN Engines said it is supplying engines for German customs vessels for the first time in the history of the Federal Republic of Germany.

The vessels, which are being built at Tamsen Maritim in Rostock, are also the first suitable for fording to be used by the customs authorities. The shallow 1.2 meter draft with a 23 meter length greatly reduces the risk of running aground at low water levels.

"The new vessels provide significant added value in the calm waters of the North Sea and at low tide. This enables the customs authorities to carry out their official duties in a more targeted and effective way," said Claus Benzler, Head of Marine MAN Engines.

All vessels will use twin engine systems with 12-cylinder type D2862 LE438 V-engines from MAN. They each have an output of 882 kW (1,200 HP) at 2,100 rpm and, in addition to the Lloyd´s Register classification requirements, also comply with the current IMO Tier III emission standards by using an SCR system.

"The compactness of the engines, the exhaust gas aftertreatment from MAN Engines and ultimately their excellent power-to-weight ratio were crucial factors that perfectly meet the stringent requirements of our client, Hamburg General Customs Directorate," explained Christian Schmoll, director of Tamsen Maritim.

In addition to the technical challenge of the shallow draft, they included the high speeds that are necessary for inspection operations.

A technical official from the customs authority and the shipyard’s project manager personally visited the MAN Engines plant in Nuremberg to confirm the low fuel consumption of the engines. "During the engine acceptance at the manufacturer’s plant, we re-check the practical operational values, primarily because the customs requirements are above those set out in the standards."

The consumption figures clearly show that they are well below what is stipulated in the standard, not just at certain points but over a wide load range, MAN said.

"In the development of our marine engines, we benefit from our Group’s know-how from the truck sector. There, fuel consumption, reliability and smooth running are among the most important criteria," Benzler said. 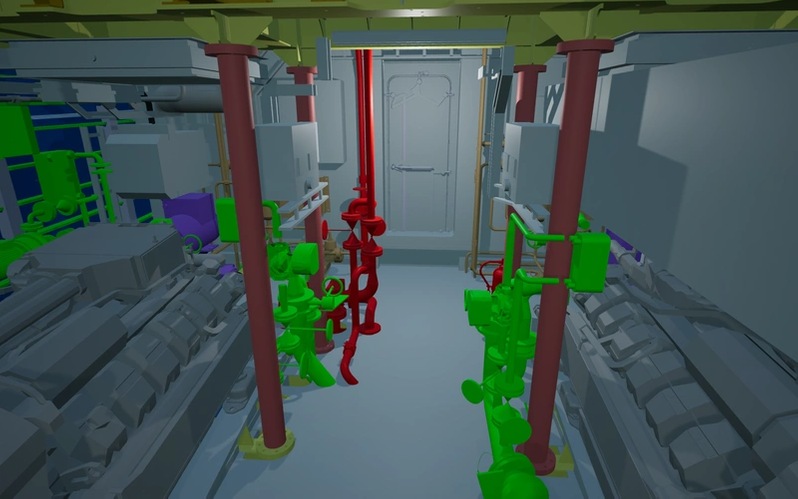 In continuously developing the range of services for its portfolio of four-stroke engines, MAN Energy Solutions enables its…