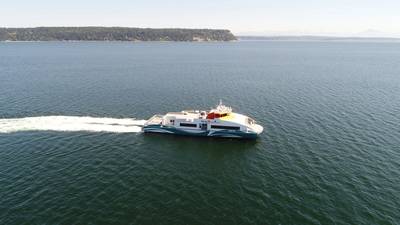 Enetai is a new catamaran ferry due to enter the Kitsap Transit fleet in a few weeks. Photo: BMT

A new BMT design 140-ft. catamaran passenger ferry has  reportedly passed its sea trial and is due to enter the Kitsap Transit fleet in the next few weeks.

Dubbed Enetai, the boat was built by Nichols Brothers Boat Builders (NBBB) in Seattle, with a sister vessel, Commander,  due to be launched later in 2021.

The ferry is designed to carry 255 passengers on a single deck, with space for up to 26 bicycles. Designed with combined bow and side loaders to enable operations at multiple terminals, the vessel will provide a commuter link between Pier 50 in Seattle, Southworth and Kingston.

“This new design incorporates the latest in exhaust after-treatment technologies, leading to a significant reduction in the emissions of NOx and SOx,” said Sylvain Julien, Director of Naval Architecture at BMT. 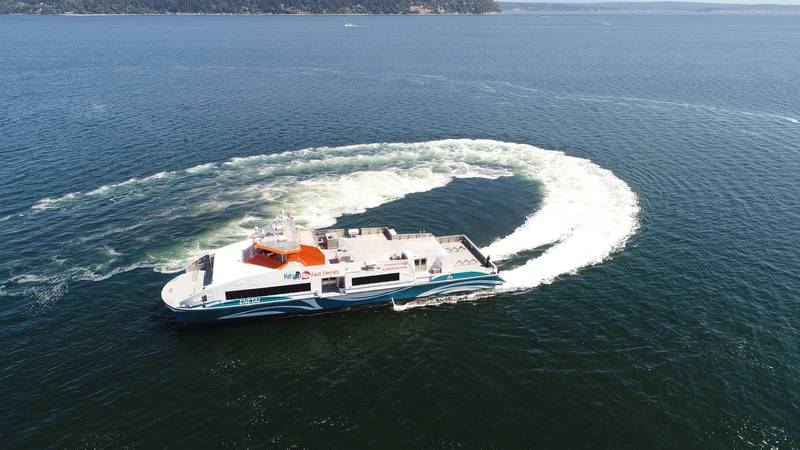 Enetai is a new catamaran ferry due to enter the Kitsap Transit fleet in a few weeks. Photo: BMT

Silja Europe Propulsion Control Makeover Aims to Save 6% on Fuel

Qtagg recently secured an order on a total upgrade of Silja Europa’s propulsion control system, a makeover designed to decrease…