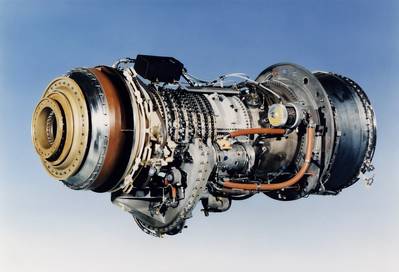 GE Marine announced that it will provide IHI, Tokyo, Japan, with LM2500 and LM500 gas turbines for the Japanese Maritime Self Defense Force’s (JMSDF) new 24DDH destroyer. The GE LM2500 gas turbines will be equipped with integrated electronic controls.

“GE gas turbines already are part of the JMSDF’s 22DDH program. We are delighted to continue our long-standing partnership with IHI and the JMSDF for the 24DDH follow-on program,” said Brien Bolsinger, vice president, marine operations, GE Marine, Evendale, Ohio. “In fact, as with the 22DDH program, IHI will design and package the LM2500 propulsion modules and LM500 electrical generator sets. “

In late 2012, GE and IHI celebrated the delivery of the 100th LM2500/LM500 marine gas turbine at IHI’s headquarter in Tokyo. GE’s Bolsinger presented an engraved glass vase to Mr. Shikina, IHI’s division director of Defense Systems. While Mr. Shikina presented Bolsinger with a plague, he remarked, “The GE/IHI relationship is a remarkable collaboration, and both companies have helped in the growth of marine programs in Japan.”

The LM500 is derived from GE’s TF34 turbofan aircraft engine, and has 90% commonality with the CF34 engine that powers the popular CRJ100/200 regional jet. Currently there are over 100 LM500 gas turbines delivered or on order, accumulating more than 2 million operating hours. The JMSDF has 22 LM500s in its fleet powering the Hayabusa- and Ichi-gou-class boats.

The LM2500 and LM500 gas turbines for the 24DDH program will be manufactured under license by IHI and will be placed into propulsion or generator set modules. IHI will deliver the LM500s modules to the shipyard in late 2014, and the LM2500 modules to JMSDF in early 2015.