Most Bunker Sales in Singapore are Low-sulphur Fuels -BIMCO 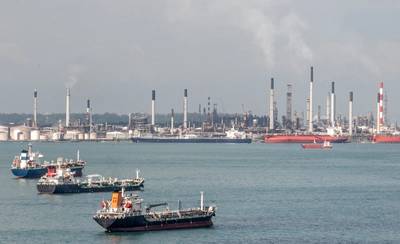 Low-sulphur fuels accounted for 84% of total February sales in Singapore, slightly up from 83% in January. The sale of low-sulphur fuel oil (LSFO) made up the largest component at 71.5%, with marine gas oil (MGO) accounting for 12.5%, BIMCO reports.

Now that both the sulphur cap and the non-compliant fuel oil carriage ban have come into force, the only ships still bunkering high-sulphur fuels are those with scrubbers installed. Just under 30% of the very large crude carrier (VLCC) fleet currently has a scrubber fitted, compared to around 14% of the Aframax fleet, as the larger ship sizes have  seen the greatest number of scrubber installations. Overall, 14.2% of the fleet, when measured in deadweight tons (DWT), has a scrubber installed (source: Clarksons). 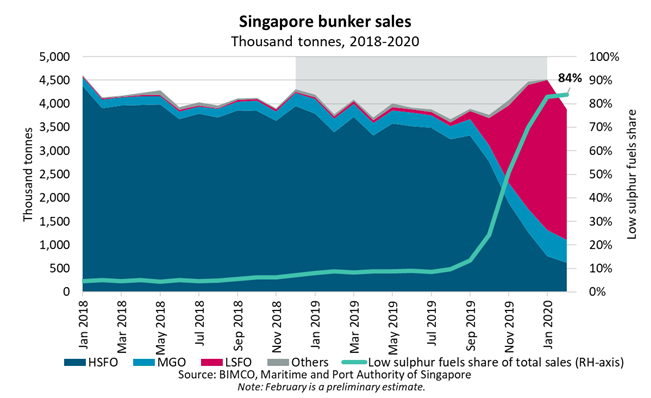 Advantage for scrubber fitted ships narrows
The collapse of the OPEC+ alliance means Saudi Arabia is preparing to flood the market with cheap crude oil. This has resulted in tumbling oil prices and consequently, lower bunker fuel costs.