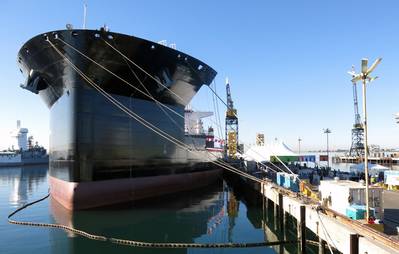 MLP is based on an existing commercial design, the Alaska-class crude oil carrier, ensuring design stability and lower development costs.

MLP is a highly flexible platform that will provide capability for large-scale logistics movements, such as the transfer of vehicles and equipment from sea to shore. It will significantly reduce dependency on foreign ports and provide support in the absence of any port, making an MLP especially useful during disaster response, and for supporting Marines once they are ashore.

With this set of capabilities, the ship is able to easily transfer personnel and vehicles from other vessels, such as the large, medium-speed, roll-on/roll-off ships (LMSRs) onto landing craft air cushioned (LCAC) vehicles and transport them ashore.